The Samsung Galaxy Note 9 is actually a combination of the Galaxy Note 8 and the Galaxy S9 Plus, which has nothing to do with new and perhaps useless features and focuses on improving the essentials as much as possible. For the first time among Samsung’s flagships, this phone uses a large battery and its base version has 128 GB of internal memory that supports up to 512 GB of external memory.

The S Pen also becomes smarter than ever due to the use of Bluetooth technology and does more useful things. In the following, we will have a more detailed look at the different parts of the Galaxy Note 9.

The Galaxy Note 9 looks very similar to the Galaxy Note 8 at first glance; however, Samsung has also made small changes from the Galaxy S9 to this phone and has managed to put the battery and the larger 6.4-inch display in the Note 9. The top edge of the Galaxy Note 9’s display, like the Galaxy S9, has been darkened to play a key role in hiding multiple sensors. The bottom edge of the screen is also smaller than the previous version. The thickness and width of the body have increased compared to the previous generation, which, of course, is not noticeable in everyday use, and the curved edges of Samsung’s flagships make the phone look thinner than it actually is.

But what matters about the design of the Note 9; The level of engineering and precision used in the arrangement of its components. Sure, you know that the latest flagships are removing the headphone jack under the pretext of inserting a larger battery, but the Galaxy Note 9, despite having a 3.5mm headphone jack, dual stereo speakers, multiple sensors such as an iris scanner, and more.

Most importantly, the S pen has a large 4000 mAh battery and its body and pen are still resistant to water and dust. (IP 68 standard) Other than that, the location of other components is the same as the Galaxy Note 8, and the change in the appearance of the S Pen is due to the smaller button on it.

In short, the Galaxy Note 9 currently has the best display, at least among all Android phones. This is the claim of the Display Mate website, which is responsible for checking the screens. According to this website, the Galaxy Note 9’s display has an excellent performance in terms of light and contrast, and the accuracy of the colors displayed in it is excellent. No wonder you see these results; Because Samsung has been the leader of old displays for many years, and after many improvements that the company has made in its displays, it has succeeded in selling them to big customers like Apple! In addition, the Galaxy Note 9 is known from YouTube as the best phone for watching the video, thanks to its vibrant colors, deep contrast, wide viewing angle, support for HDR 10, and the use of stereo speakers.

The adaptive mode will probably be suitable for most users, as this mode will intelligently adjust the type of color display according to the running application. The display resolution is set to 1080P by default; However, there are other options such as 720P for better energy storage and 1440P for higher pixel density. Fortunately, despite using the display at 1440P resolution, there is not much change in battery life; Therefore, you can easily use all the power of this monitor. The Galaxy Note 9 has a 6.4-inch display and is the largest display of all the Note. The display uses Samsung’s famous 18: 5: 9 aspect ratio and has a pixel density of 516 pixels per inch.

The Galaxy Note 9 uses the same dual camera with the 12-megapixel sensors used in the Galaxy S9 Plus. The main 12-megapixel sensor has large pixels of 1.4 micrometers. In the camera of this phone, Samsung has used its ISOCELL fast sensor, which has D-RAM and has a very high speed. But the most attractive and newest feature of the camera is its variable aperture, which is reminiscent of professional DSLR cameras. The main camera aperture can be set to two fixed numbers f / 1.5 and f / 2.4 and there will be no number between the two. Dual-Pixel technology for fast phase detection and autofocus remains strong. The second camera also has a 12-megapixel sensor, although the pixel size is smaller and is 1.0 micrometers.

The aperture of this camera is fixed at f / 2.4 and, like the Galaxy S9 Plus, it is used for 2x zoom and depth of field detection. For very dark environments, Samsung has considered single LED flashes and the company has not used dual flashes in its phones for a long time.

The biggest software change that Samsung has made is the scene recognition feature. The Galaxy Note 9 camera software detects scenes such as food, dogs, sky, flowers, and plants, and applies processes related to each scene to the image, which results in better results.

For example, if an image is blurred, the Note 9 will warn that the recorded image is blurry and it is better to capture other images. According to Samsung, these two features are based on machine learning, designed and implemented, which over time can show better performance.

The Live Focus feature allows for portrait photography, and its distinctive feature is that you can change the amount of blurring of the background to your liking before and after the photo is taken. From the Pro part, you can also make changes in bright light, ISO, aperture, and.

The hardware specifications of the Galaxy Note 9 are quite similar to the Galaxy S9 Plus, except that the internal memory has been doubled and the phone has been released in two versions, 128 and 512 GB, with 6 and 8 RAM, respectively. The Note 9 is available in two versions with the Snapdragon 845 and Exynos 9810 chips, which are available depending on the location.

The Snapdragon version is for the US and China markets, and the global version of these two phones is equipped with Samsung’s Exynos 9810 chip.

Both processors are made with the second generation of 10-nanometer lithography, which Samsung says will provide up to 15% more efficient consumption. Both processors also use a 64-bit architecture and are equipped with 8 processing cores. Regarding its chip, Samsung claims that the changes compared to the previous generation have resulted in a 200% improvement in single-core performance and a 40% improvement in multi-core processing unit performance in the company’s new chip.

Bixby version 2.0 has a new user interface in the Bixby Voice section, which is much more beautiful than the previous version. This user interface has a darker appearance and next to the old screen, it looks more modern than the previous version. According to Samsung, Bixby version 2.0 will have a more accurate and natural conversation and can answer online questions, however, these features are not currently available for Bixby, and Samsung is preparing it.

Another new feature is the Dex mode, which is easier to use than ever. To convert the Galaxy Note 9 to a desktop computer, you no longer need to have a dock dex or a expand, and having a USB Type-C to HDMI conversion cable is enough. Of course, having an expansion may be more useful for using a separate keyboard and mouse. In this mode, in addition to being usable in desktop mode, the Galaxy Note 9 can also be used separately as a smartphone, and it seems that Samsung has achieved such features thanks to the use of a new cooling system.

In the Galaxy S9 and S9 Plus, Samsung has finally switched to dual speakers in its flagship product, and now it is the turn of the Galaxy Note 9 to take advantage of the feature.

Like most phones, the Galaxy Note 9 uses a speaker at the bottom edge and a second speaker at the top of the screen, which creates stereo surround sound. These speakers were developed by AKG and, according to Samsung, are about 1.5 times more powerful than the previous generation. With these speakers, listening to music, playing games and watching movies will surely be more enjoyable. Enabling the Dolby Atmos feature also provides richer, more voluminous sound.

Tue Jan 18 , 2022
The HP 25X gaming monitor is an HP 24.5-inch monitor with an LED display with a TN panel, and with a brightness of 400 candles per square meter and FHD resolution, it can display high-quality images. Also, with the matte coating that is intended for it, you can easily use it […] 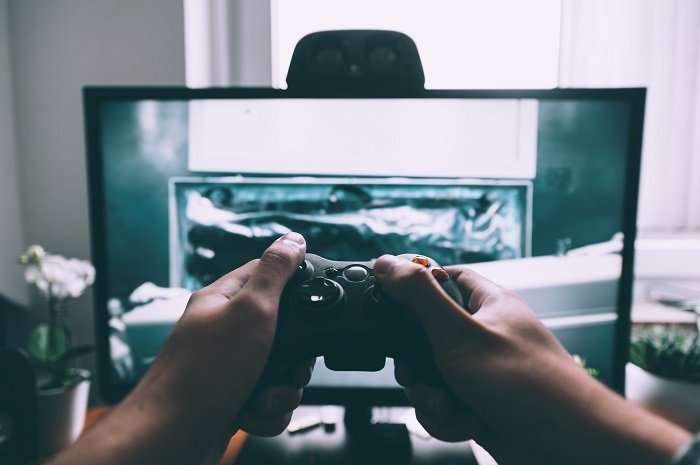