Introducing the Dell Precision 7710 laptop, which is undoubtedly one of the best in graphics and film editing.

As you know, the Dell DELL brand installs a variety of laptops for enthusiasts in various fields, and this has led to the brand leading the way in the production of laptops in the world, what is famous about this American brand is its power and quality.

In the whole family, Precision is mostly used for graphics and video editing and using Adobe software, especially Premiere.

Premiere and After Effects, which are for special effects and effects and film editing, and need a strong configuration to do so.

The Dell Precision 7710 laptop has a powerful configuration that we will examine together.

The processor of this laptop is from Intel XEON series (professional) with the power to execute commands at 2.80 GHz / s and this speed can continue up to 3.70 GHz (GHz), the cache of this device is 8 MB, which is embedded in The whole makes the CPU and processor fit and powerful.

The Dell Precision 7710 offers a choice of 6th generation processors. The base model has a 2.3 GHz Intel Core i5 processor. The Skylake chip has 14nm lithography, 8MB cache, 45W thermal thermal power (TDP), a maximum turbocharged speed of 3.8GHz and adds $ 529 to its price.

The AMD FirePro W5170M is included in the base configuration, but our Precision 7710 comes with a superior NVIDIA Quadro M5000M series with 8GB of dedicated GDDR5 memory.

There are also many memory options. The basic configuration with 8 GB of non-ECC memory is installed as DDR4-2133MHz DIMM (two-line memory module).

Storage options are also plentiful. In addition to 500 GB 2.5 inches. The 7200 rpm SATA drive offered in the base model, the Precision 7710, can accommodate one PCIe solid-state drive (SSD) or up to three PCIe SSDs instead of 2.5-inch HD.

Standard hard drives up to 2TB as well as various SSDs from 256GB to 1TB are available. Our configuration was just Samsung’s standard 500GB drive.

With multiple drives, the system supports RAID 0, 1, and 5. Increasingly common, there is no optical drive. You have to prepare yourself.

The Precision 7710 has a good selection of ports on the outside. To the right are a smart card slot, a combined headphone/microphone jack, three USB 3.0 ports with PowerShare, and a Kensington lock slot.

To the left are an HDMI port, a mini DisplayPort, and another USB 3.0 PowerShare port. The rear panel uses only one RJ45 mains port, an external power supply connection, and two large air vents.

Dell is easy to access – just slide a lock to remove the battery cover.

Wi-Fi and Bluetooth are a standard dual-band but can be removed. Mobile bandwidth is available as an option. Although the base configuration comes with a 72-watt six-cell lithium-ion battery with ExpressCharge, the Dell battery includes a longer 91-watt-hour battery.

Access to other components requires the removal of two screws to release the base cover. The dell Precision 7710 ran 5.5 hours thanks to a larger battery – very impressive for a mobile workstation.

Dell offers Full HD IPS display and an IGZO UHD panel (3840×2160 pixels) as an option in online settings. Your choice depends not only on your personal preferences, but also on the operating system used and the context.

For example, high-resolution displays, depending on the application, still suffer from significant scaling problems under Windows 7.

In addition, the IGZO displays are very high consumption, which has a significant effect on the available battery time.

If battery life is important to you, a Full HD display may be a better option.

Dell’s Precision 7710 is very freely configured according to your personal needs. Now, you can choose from three different processors, five professional graphics chips, two displays and many RAM options.

If you choose the Intel Xeon E3-1535Mv5, it is also possible to order RAM.

This is especially important when pressing RAM and the processor. Incorrect data and calculations can also lead to breakdowns and significantly affect the workflow.

The Precision 7710 keyboard has large keys in a 19 mm grid and a separate number block. As a result, the touch screen should move to the left as usual, which may not be suitable for all users. Instead, shredders will be happy with the easy way to enter numbers.

Key tags are rich in contrast, and our test model has a US / International QWERTY design. In Germany, the usual QWERTZ design is already selected. The keyboard light has two levels and makes it easy to work in low light. Shortcuts are highlighted by combining FN with a light blue pen.

Due to the medium key travel, good pressure, and relatively quiet sound, the keyboard is very good and should also satisfy most busy writers.

The touch screen has good glide features and responds quickly and accurately to inputs.

The separate touchpad buttons work easily and very well. If needed, the ability to change and/or combine with the buttons on the laptop screen. TrackPoint is not only a convenient replacement for a touch screen when space is low, but also provides precise control and ensures a good workflow after a period of habituation. In principle, Lenovo, HP, and Dell models can only be identified by the shape and color of the rubber button.

While the Dell Precision 7710 connector covers the most important applications, it is still better for a 17-inch workstation.

While older models such as ExpressCard, VGA, eSATA, or Firewire slots have not been offered by newer models for some time, you are working without an optical drive.

On the other hand, Dell does not have a Thunderbolt 3.0 port or USB 3.1 Gen by default. 2 Used in Precision 7710 models. At a minimum, Thunderbolt 3.0 is optionally customizable from this month (January 2016), which gives the device a much better future.

Otherwise, there’s an HDMI port, a mini DisplayPort, four USB 3.0 ports, and a 3.5mm audio jack. It looks like HDMI 1.4 because our Viewsonic VP2780-4k cannot move through HDMI 2.0 in the original image resolution (3840×2160 pixels) at 60 Hz. However, the screen works flawlessly when connected via DisplayPort.

The interface design is generally quite comfortable. The USB ports on the right are not too close together, the card reader is easily accessible, and the Ethernet port on the back is suitable for fixed use.

Some users may also want display ports or at least a USB port on the back to disassemble accessories without the need for a docking station. On the other hand, those who connect their laptops to different monitors may be comfortable that the display ports on the left are easily accessible.

The hardware is Ubuntu certified. This ensures that it will work well without the need for extensive planning. Ubuntu can even be selected as a pre-installed operating system.

Workstations are mainly used to run certain types of programs efficiently, such as 3D Max or AutoCAD.

The big difference between a workstation and a consumer laptop is the graphics card. They are optimized for stability rather than performance, so they are less likely to fail in busy conditions.

The higher-end hardware of the Precision 7710 achieves a maximum score of 96 frames per second in 3D frames using the SPECviewperf 12 benchmark program, proving that it is a mid-range and high-end workstation laptop.

When using the FHD screen, it can be idle for more than 13 hours and work with light consumption for approximately 7 hours. Selecting an Ultra HD display will naturally result in shorter battery life.

Both display options are good

There are two options for the 17-inch screen. Both of them can provide a clear image with the available color spectrum.

They take up almost 100% of the sRGB color space. And both have a wide viewing angle.

One is the Ultra HD screen with a brightness of over 400 nits. This display can be easily used outdoors in daylight, but not as much as direct sunlight.

Another is the Full HD screen. The average screen brightness is 300 nits, but with its distribution, it is quite uneven. The corners have less light.

Hardware can be very powerful, so naturally, laptops can also be used to play games. It depends on the configuration, but advanced hardware can run such highly detailed games as The Witcher 3 at 60 frames per second. But be aware that the screen has a larger than normal response time that can create a ghost. This is when the pixels cannot move between colors fast enough, resulting in a slightly delayed image.

It makes no noise when using light and keeps itself relatively quiet even when working hard.

For such a piece of equipment is expected to be a sturdy and sturdy bag that can withstand the test of time.

Workstations are naturally more expensive than regular laptops, but the hardware capability and price ratio are simply not good.

You need to evaluate whether the price of the product you are buying is worth it.

The Dell Precision 7710 is not a bad workstation, but it is not a distraction after that. Competition is fierce even at this end of the market with existing challenges (Lenovo and HP) and new ones (MSI).

The Precision 7710 feels like a compromise solution that does not deliver goods perfectly. Sure, it’s very powerful, has good battery life, and has great out-of-the-box sales.

There are a handful of workstations (Lenovo ThinkPad P50, HP ZBook Studio G3) that can offer 64GB of RAM, Xeon CPU, and GPU workstation class.

Thu Nov 26 , 2020
HP, also known as Hewlett-Packard, is a home electronics brand that focuses on computer-related products, including printers. They produce a wide variety of printers such as inkjet or laser, color or monochrome, and all in one or printer that including Hp Envy 5052, HP ENVY 5530, … . Although their […] 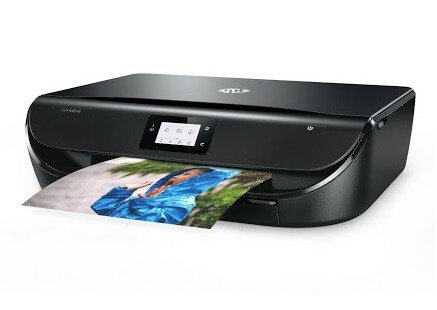