It is hard to imagine that the Nokia 8210 was released 20 years ago, in 1999. This phone was one of the previous models that really started to dominate Nokia during these years. It was also an important turning point in changing the mobile feature from functional to style.

It is easy to understand why the Nokia 8210 made such a fuss. Models at this time began to attract regular customers. Phones like the Nokia 3210 and Nokia 5110 have a changeable Xpress-on cover. These were initially only available in a few colors and were expensive. Third-party manufacturers quickly filled the gap, and a wide range of covers became available for the first time that people could really customize their phones.

But these phones were very bulky and did not increase in size compared to previous models such as the Nokia 6150. At this time, one of the first amazing phones was introduced. The Nokia 8850 had a metal design and was very expensive. This phone was not well supported by networks and hence there are relatively few.

Nokia 8210 can be considered an affordable version of the Nokia 8850. It was one of the smallest and lightest phones on the market at the time, and it still is.

As mentioned, this was a very successful phone. It was replaced by the Nokia 8310, but after that, the test for the Nokia 8 Series cooled down. Perhaps with the storage for premium phones, there were very few new versions.

Like many other features, this phone has a keyboard protector that can be easily activated by holding down the “END” key for three seconds. This prevents accidental calls. When saving a name and number, you can use uppercase and lowercase letters and save up to two hundred names and numbers. You can also set a lock code so that only people who know it can access the phone. It is also a security code if you want to change settings such as restrict calls or autoresponders.

The phone also has a built-in alarm clock, auto-redial, autoresponder, calendar, calculator, and game. You can take notes so you don’t forget important dates. There are call restrictions so you can block certain numbers. This phone is equipped with a call timer that tells you the duration of the call. The unique feature of this phone is the possibility of making conference calls.

You can also set a custom tone for specific people, so you know if you want to answer the phone or not. There are also seven separate profiles that you can customize for different situations. For example, if you are in a meeting, you can set your phone to not ring and just vibrate like a pager. Or if you are outdoors, you can set it to a long ring so you can hear it.

Another advantage of this phone is that you can increase or decrease the volume of the headset during a call by pressing the up or down arrow, respectively. With this phone, you can see the last number you called and at the same time. It also shows you the last 10 calls you made and received and the duration of those calls. You can mute the microphone during a conversation so that the other person cannot hear what you are doing, which can sometimes be helpful.

For an additional fee, you can subscribe to call, call waiting, caller ID, contact card, voicemail, and text messages.

Nokia 8210 Graphic Display. Its size is very small. When writing a text message the message is on it which is only 5 lines. The manufacturer claims that the screen is in high contrast. The owners confirm this information. When you turn on your phone, also the backlight is activated during operation. Thanks to him, all the information is easy to read. Outdoors, especially in sunny weather, it is seen as the screen fades. Contrast levels decrease, but it does not matter.

A numeric keypad unit consisting of individual keys. They are all beautiful drop shapes of small sizes. Due to the fact that the designers have made them separate, the use of the phone is quite convenient.

Also note that the buttons hardly benefit the overall body line, reducing the risk of accidental operation. The developers have provided a keyboard lock. This turns on when you press the left soft key and “*”. The same sequence must be repeated to eliminate the locking operation. To be able to work with the phone in a dark place, a white backlight key is provided. According to users, their power is enough.

For independence from the Finnish mobile phone meets the BLB-2 battery. Lithium polymer technology has been used in its manufacture. Battery capacity – 830 mAh. Features include 150 hours of standby time and provide about 3.5 active conversation pieces.

If you check from the owners of the study, you can be sure that the device will work continuously under heavy load for at least 3 days. And only after this period may need to be charged. Recovery of battery life up to 100% takes about 1.5 hours.

Sat Jan 15 , 2022
Dell Latitude E6440 laptop is one of the 6000 series models in the Latitude Dell family. An industrial professional laptop with a sturdy aluminum body and acceptable hardware specifications, suitable for work environments such as workshops with continuous usability. The fourth generation processor, high quality screen and good build quality […] 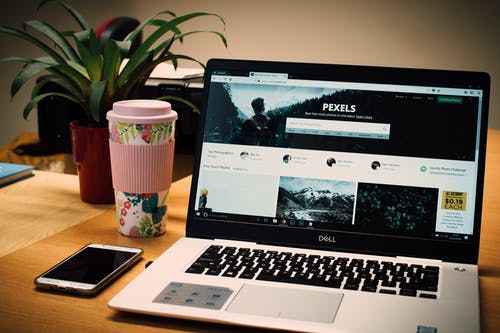