The Galaxy A21s, with its HD + display, weaker processor, and camera-like structure, are cheaper versions of the Galaxy A31.

The Samsung A21s is the fifth member of the series after the A20, A20s, A20e, and A21. This series is one of the cheapest Samsung mid-range phones.

The body of the Samsung Galaxy A21s can be described in three words: “glossy, plastic and stainless”! The model available to Zomit for testing was white; Of course, you can also find black, blue, and red A21s in the market. The body of the Galaxy A21 is entirely plastic, but unlike the Xiaomi Redmi Note 9, which is made of a single piece of plastic, the A21s’ bezel and back are individually designed and then assembled. Keep in mind that the Galaxy A21s weighs 192 grams and is considered a heavy phone.

This rectangular protrusion, in which the cameras are arranged in an L-shape, in combination with the white color of the phone, does not create a very attractive effect.

The fingerprint sensor is located slightly below the protrusion of the cameras and in the middle of the back cover. In terms of performance, like most classic sensors located on the back of the phone or on the power button, the A21s sensor can detect a user’s fingerprint in less than a second and with great precision.

Also, the fingerprint recording process is done very quickly with two slow finger movements from the top to the bottom of the sensor. Of course, if the fingerprint sensor was placed a little lower, it would have better access.

The plastic frame of the Galaxy A21s is made with a matte finish and the same color as the body. To the right of the frame are the volume and power keys, we preferred the keys to be slightly lower. The top edge of the frame hosts the microphone port and the left edge hosts the dual SIM card slot and the separate MicroSD card slot. Finally, the bottom edge of the device has a USB 2.0 Type-C port, a speaker port, and another microphone port.

While Samsung is currently working on a beta version of One UI 3 and has been releasing One UI 2.5 updates for some time now.

The Core version of Samsung’s proprietary UI has the same feel and feel as the regular version, except that it does not offer features such as Sam Pay, Secure Folder, or Samsung Pass.

In any case, One UI 2.1 is a minor update to One UI 2 that brings a few features like Quick Share and Music Share with improvements to the camera software.

In addition to the Play Store, Photos, and Google Chrome, the Galaxy A21s also has Samsung’s app store. On the other hand, Microsoft apps including Office, OneDrive, LinkedIn, and Outlook, along with Netflix and Facebook.

As expected, the shifting in different parts of the Galaxy A21s UI is a bit slow; But this slowness is not so much that it is annoying for the user.

The Galaxy A 21S, like other Samsung economic products, has limited capabilities in terms of software and user interface.

The camera interface does not look and feel different from other Samsung products; Camera usage modes in the bottom bar can be customized, there are two options for switching between wide-angle and ultra-wide cameras, and finally, settings such as settings, filters, aspect ratio, augmented reality stickers, timer and flash can also be taped. Had high access.

The Galaxy A21s wide-angle camera uses Samsung’s 48-megapixel 1 / 2.25-inch Tetracell (ISOCELL GM2) S5KGM2 sensor. The sensor has 48 million pixels of 0.8 micrometers on the surface and a 26mm lens with a not-so-wide f / 2.0 aperture. As expected, the main camera does not use optical image stabilization; But it uses phase-detection autofocus (PDAF) technology to focus on the subject.

Using the Quad Bayer or Tetracell color filter to increase the sensor’s sensitivity to light. The Galaxy A21s combines data for all 4 adjacent pixels to take 12-megapixel images by default; Of course, 48-megapixel shooting is also possible with the Remosaic algorithm and normal color approximation of the Bayer filter.

The A20 uses the Exynos 7884 processor with more powerful Cortex-A73 cores, while the A20s use the Snapdragon 450 processor with Cortex-A53 cores; Conditions for the A21 family are not much different from the two Exynos and MediaTek low-end processors.

The Galaxy A21s is powered by Samsung’s Exynos 850 8nm chip. This low-end chip uses the 8-core Cortex-A55 logo combination with a maximum frequency of 2.0 GHz as the CPU and uses the Mali-G52 single-core module as the GPU for graphic rendering. In contrast, the Galaxy A21 comes with a MediaTek Helio P35 chip equipped with eight Cortex-A53 cores in two 1.8 and 2.3 GHz clusters with Imagination PowerVR GE8320 GPU.

The 5,000mAh battery, HD + display, and low-power Cortex-A55-based chip promise unparalleled charging. Samsung says the Galaxy A21s comes with up to 21 hours of video playback. But it remains to be seen to what extent Samsung’s claim is true. The Koreans are selling the Galaxy E 21S by default with a 15-watt fast charger.

The 6.5-inch display, quad-core camera, and durable battery are four factors that go hand in hand to make the Galaxy A21s an affordable, high-end phone. Priced at € 170, Samsung’s 32GB internal storage model is a smart choice for fans of the Korean company.

Sun Nov 14 , 2021
The HP ENVY 5000 represents a family of HP printers that have unique designs for printing, copying, and scanning documents. These printers can add up to 10 pages per minute (ppm) according to ISO standards. In addition, when printed in draft mode, the amount can be up to 20ppm. Similarly, […] 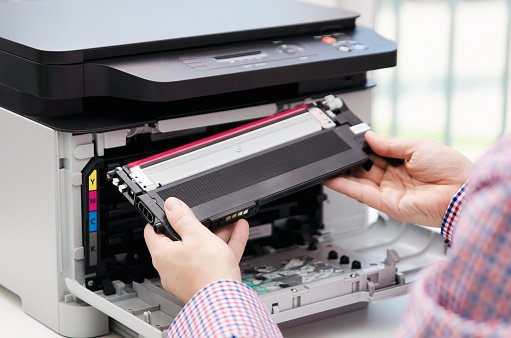